There’s no denying that Canada has seen significant development throughout all facets of real estate. Industrial, commercial, retail, and residential segments have all seen an uptick in new proposals being submitted to all levels of government with the anticipation of population growth and employment.

We’re at a point in time where demand far outpaces supply in our growing market. Over 400,000 new immigrants are scheduled to move to Canada over the coming years. Things are not going to improve quickly enough to sustain the need for housing, keeping housing prices at a steady increase until demand is met.

It’s no lie that the three most important rules of investing in real estate are Location, Location, & Location. Of course, there are multiple factors to consider when purchasing a home, like size, age, finishes, & style, but the one thing that can’t be improved after securing the property is… you guessed it… Location!

One might have intentions of buying a property that checks off every box before making a move, but this can get very costly and difficult to find with so much demand in the market, particularly if you’re a first-time homebuyer. Canadian home buyers have seen limitations on their borrowing capabilities ever since the stress test came into effect in 2018. This leaves many with limited options and the difficult decision to seek alternative home styles (Condo, Townhome, Semi, etc), ever pushing the boundaries of where one might be willing to commute.

Looking to new affordable neighbourhoods for substantial appreciation can be a daunting task. Unfortunately, no one can offer a guarantee on where the next big success story will come, but the following steps will at least point you in the right direction and open your perspective of where one might look to gain foresight into what potential the area holds for future growth and appreciation.

Looking to some key indicators of what a neighbourhood offers in its infrastructure improvements by the local municipality can grant insight into the potential of the area for growth and appreciation. 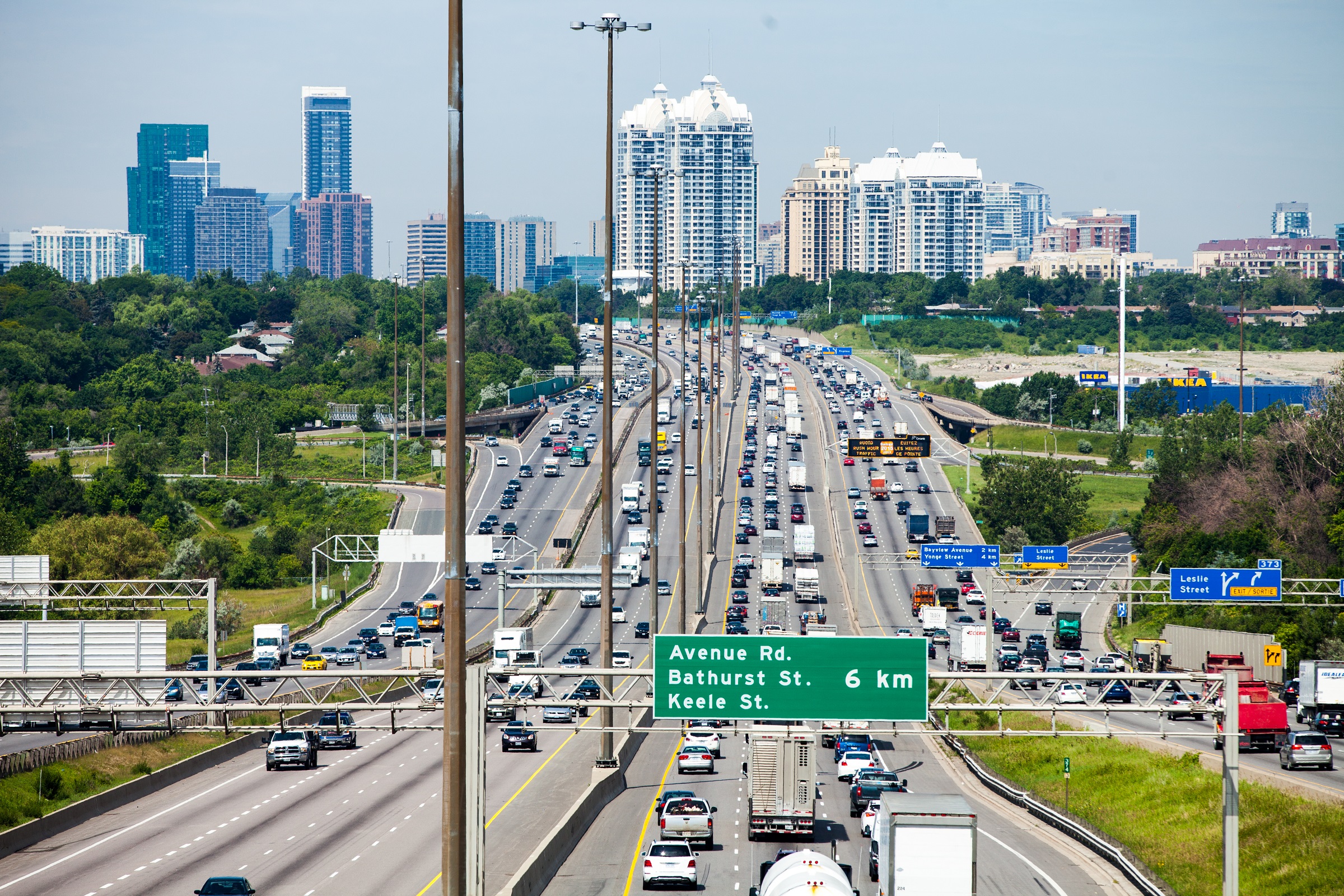 This is probably the most significant factor putting pressure on our rapidly changing market. If you’re set on buying a detached home but can’t stomach the prices in today’s market, looking to outlying communities and townships may be the best option for securing your dream home. Transportation plays a significant role in this decision.

How long of a commute is it to work? What major access routes will I be taking on a regular basis? What improvements are being made by the municipality that will make commuting more accessible in the future?

These are all critical questions to ask yourself while deciding on your ideal location. Major city improvements significantly impact property values when implementing subway extensions, LRT routes, major highway extensions, and GO transit. All of these elevate the values substantially when completed. 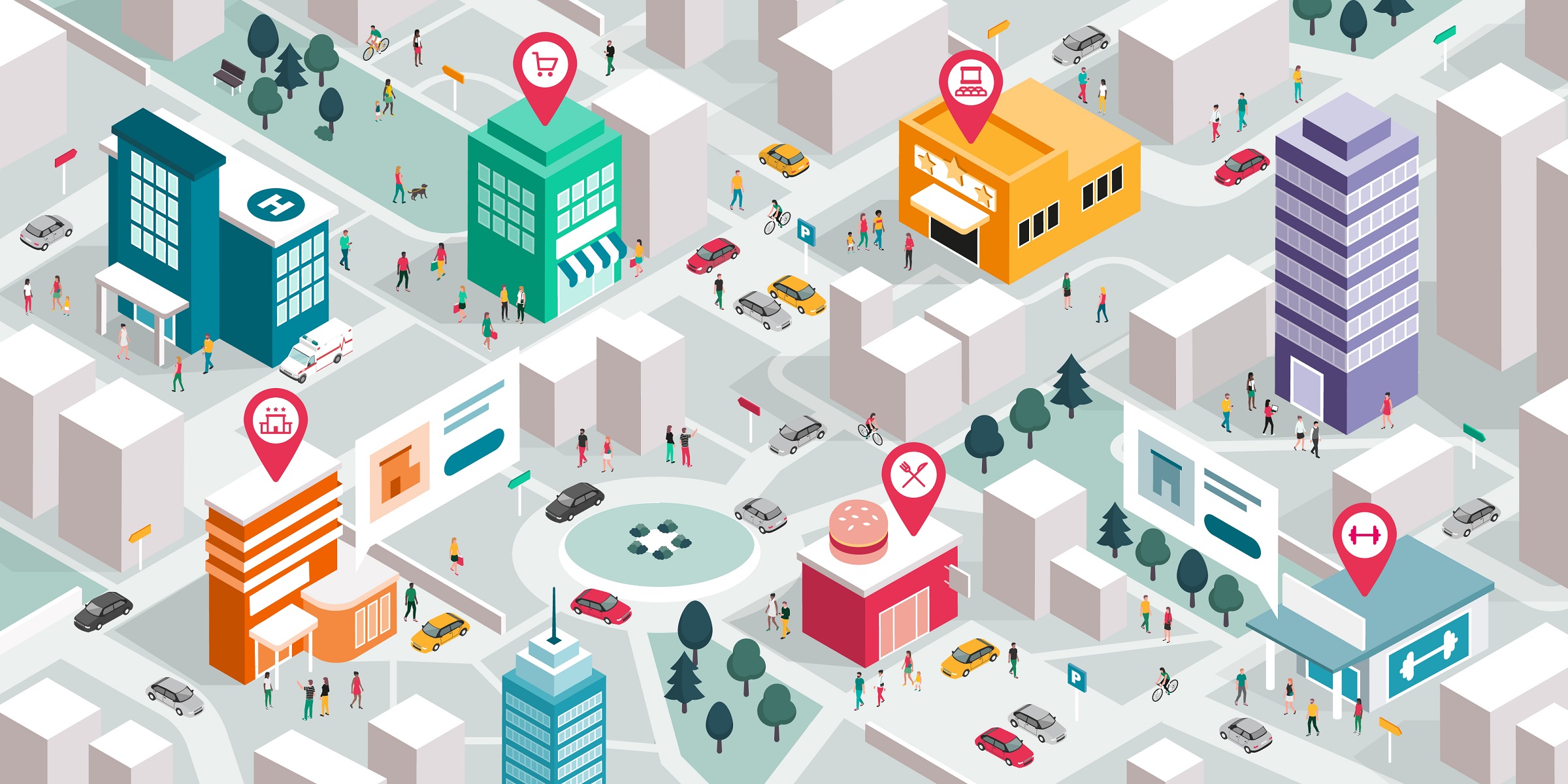 Local businesses can indicate where the micro economy stands within the community and how companies play an integral role in value and attraction to a particular neighbourhood.

Considering the neighbourhood’s local economy is critical for establishing the investment potential of the area, rather than judging by its appearance. Researching city improvements and consulting BIA (Business Improvement Association) can prove helpful at understanding what improvements are in the pipeline for future growth and revitalization.

All it takes is one business to start the transition of improvements throughout the entire area. Think of the “Starbucks Effect.” Research has been conducted and determined that properties within a 0.4 KM distance of Starbucks are proven to increase in value faster than properties outside the range. Starbucks, among many other major corporations, plays into this effect throughout the entire market. This also encourages other local businesses to make improvements to maximize their potential return on investment.

Something to ask yourself when looking into an unfamiliar neighbourhood is, what improvements are being currently made? What is coming in the future? These large retailers act as anchors to a community. Think of Smartcentres, one of Canada’s most prominent developers, specializing in anchor sites in most suburban areas in Canada. These improvements offer big name brands, with a mix of local shops following suit to offer convenience and an indication that more development is planned within the subject area.

Where are the hottest places to buy right now? 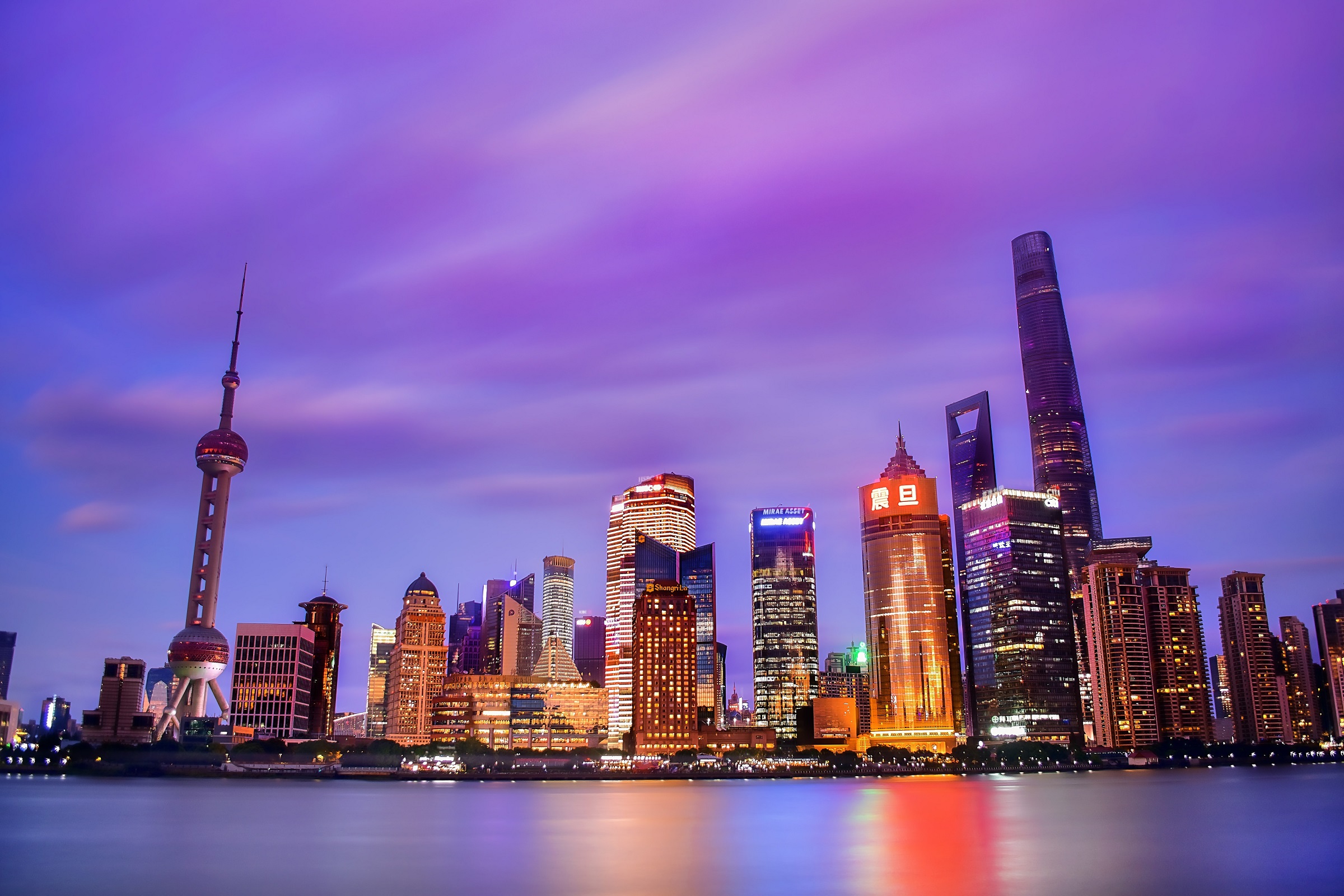 If you’re set on buying a home within Toronto but don’t want to pay the hefty price tag, there are a few neighbourhoods to consider that still offer affordable choices. There are an immense amount of future improvements that could pose for high returns. Scarborough Town Centre has seen many proposals submitted for development in all housing sectors, including High Rise Condo Towers, Townhomes, & Detached communities.

A major driving force has been the Scarborough Subway Extension planned for completion in 2029. It’s anticipated that over 105,000 daily passengers will utilize the brand new terminus being constructed at the corner of McCowan Rd. & Sheppard Ave E, bringing in a flood of new home dwellers and businesses to the area.

Another option would is to buy along the Eglinton LRT—a brand new light rail transit system connecting the East to the West. With the unveiling planned for September 2022, purchasing a property within proximity to the line will benefit homeowners with better commutability. This will also attract many businesses that can function with the uptick of street traffic.

If you’re looking for a quaint suburban area to rest your head at night, significantly more affordable, and under 1 hour to Downtown Toronto, Durham Region is for you. Durham Region is situated East of Toronto on Lake Ontario and encompasses Pickering, Ajax, Whitby, & Oshawa, totaling approximately 650,000 residents throughout.

With significant employment sectors in Tech, Automotive, Film, and Energy, the growing number of new businesses and employment opportunities has thrown the entire region into a development frenzy. Pickering alone has over 75 new master-planned communities in various stages of development, designed to take on the massive influx in population growth expected by 2031.

Over 100,000 new residents are projected to live in Pickering by 2031, and with the current inventory planned, only half of that population growth will be sustained by the target date. This means that there needs to be much more development to support the demand and poses the question, how long will Durham Region be affordable?

In recent years, one major project that has elevated the amount of interest in Durham Region is the upcoming Durham Live (D Live) development, currently under construction and scheduled for completion in 2024. D Live is a 240-acre mixed-use destination including a Casino Resort, 5 Star Hotels, Amphitheatre, Waterpark, and Film Studio District, set to change the landscape of Durham. Just picture the amount of flourishing businesses impacted by the growing populations and tourism that will be created in just a few short years from now! The closest comparison would be Niagara Falls, which sees over 13 million visitors annually, generating billions in revenue every year.

Durham is also an excellent option for those seeking nature. It is home to several provincial parks and over 900 KM of waterfront, not to mention a labyrinth of trails and activities. 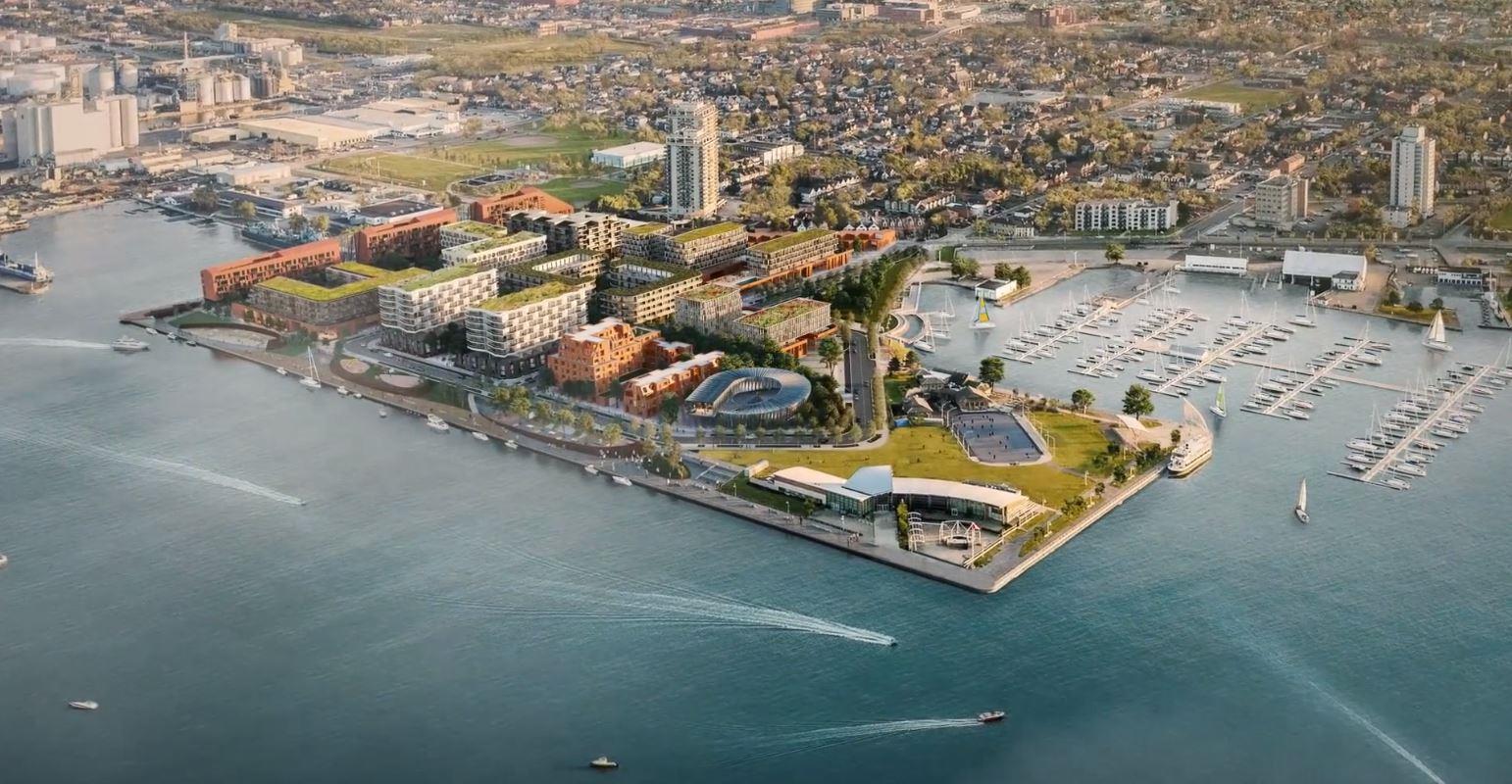 Hamilton has been a hot topic in recent years with the new transportation plans to make the daily commute to Toronto more digestible. With plans for an all-day GO Transit service for full implementation by 2031 at Hamilton’s West Harbour Station, easy commutability is within arm’s reach.

The downtown core that was once stigmatized for being rough and unsafe has been seeing a resurgence in new businesses moving in, giving the Downtown a much-needed facelift. This has impacted property values across the market and gave Hamilton much-needed attention.

There has been tremendous growth in all real estate sectors, seeing many new condominium developments, townhomes, and detached communities, changing the landscape and offering new housing. With a large student population within the central core, investors have also been fast to act on these housing options due to the high return that student rentals offer.

Lifestyle and affordability have been driving factors in Hamilton’s population growth. The reality of owning a detached home in the $500,000s has driven many young families to ditch the condo lifestyle in search of back yards and spacious interiors.

Did you find this article helpful?